In November 2012, Susan and I journeyed south to attend the Remembrance Day Service at the National War Memorial in Canberra and, once again, it was a most respectful and dignified ceremony.

As is the case each year, the names of those soldiers who had recently paid the supreme sacrifice were added to the names of their mates on the Honour Roll in the Hall of Remembrance - nine more this year bringing the total to 39. Literally thousands of poppies had been pushed into the cracks adjacent to their names. 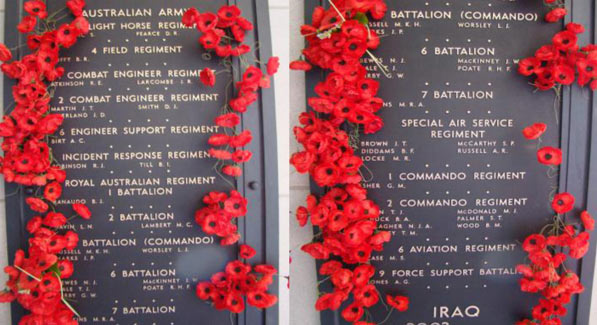 We had the privilege of meeting many of the 'families' and remain in awe of their courage and stoic and proud demeanour.

As well, I took the opportunity to arrange a meeting with the Prime Minister in an attempt to leverage additional funding from the Federal Government to assist in achieving our target of $300,000.

Prime Minister Julia Gillard was excited by our proposal and enthusiastic at the potential outcome of the vision. That said, she DIDN'T give me a cheque, but she did promise to help us access areas of funding within certain departments that may have the ability to be utilised to help underpin our budget!

I spoke at length with the Chief of Defence Forces, General David Hurley, giving him full particulars of the project and the timelines we have set. He was delighted to hear of the solid support offered to the creation of the Avenue of Honour by the Tablelands Regional Council (TRC), the local community, Service Clubs and the region in general. He offered his support in any way and would also attempt to leverage avenues of financial assistance.

On Sunday over a couple of beers I had a most pleasant and constructive discussion with a man I have always admired, Air Chief Marshall (Ret.) Angus Houston, former Chief of the Defence Force. Like General Hurley he is very moved by the passion that has been awakened in so many at the possibility of putting together such a timeless, living memorial to a group of truly remarkable Australian men and women, i.e. those who have fallen and those still taking the fight to the enemy in such a hostile and distant land. Angus Houston is still very involved in many aspects of business, both public and private, and has a network of philanthropic Australians who he will approach in regard to assisting with the Avenue of Honour.

The Tableland Regional Council generously designated the appropriate land and offered 'in kind' help with the site preparation,we now need to concentrate on attracting sufficient funds to make this memorial a world class living monument.

We have been extremely fortunate and grateful that we have received major funding from -The Departmnent of Veterans Affairs. the Queensland State Government and Tablelands Regional Council as well as substantial donations from the Regional and National RSL's. We thank you ALL sincerely.

To enable the Avenue of Honour to  be counted amongst the Nations significant memorials for generations to come, we must continue to attract funding from all sources and maintain in perpetuity a world standard living memorial ...a beacon of pride in our past, and a symbol of hope for the future. 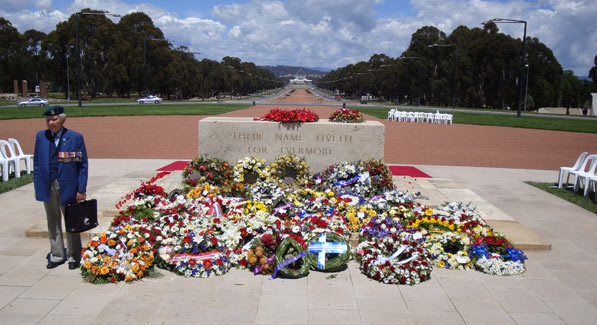