Thirty-eight-year-old Private Aplin was from the Sydney-based 2nd Commando Regiment.

Private Aplin enlisted in the Australian Army Reserves on 04 Feb 1992. Private Aplin transferred to the Regular Army on 20 Sep 1995, reaching the rank of Sergeant. He successfully completed the Commando Selection and Training Course in 2008 and was posted to the then 4th Battalion Royal Australian Regiment (Commando) in January 2009 after completing the Commando Reinforcement Cycle.

To achieve this goal he willingly took the required reduction in rank from Sergeant to do this. Private Aplin was an outstanding and dedicated Commando who was highly respected. This was his second tour to Afghanistan and he was serving with the SOTG as a team demolitions specialist.

Tim was serving with the Special Operations Task Group (SOTG) when he tragically lost his life in a helicopter crash, on Monday 21 June 2010. 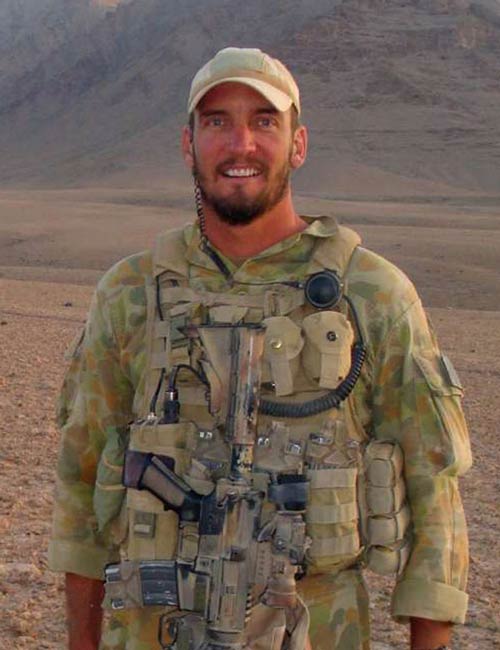