Sapper Robinson was serving with the Special Operations Task Group when he was tragically killed in action on Monday 6 June 2011 (Afghanistan time).

Sapper Robinson leaves behind his loving mother, father, sister and two brothers who are currently receiving support from Defence.

Sapper Robinson was born in Wahroonga, NSW in 1987. He joined the Army in 2006 and after his initial recruit training joined the 3rd Combat Engineer Regiment.  After four years of service he was posted to the Incident Response Regiment at the start of 2010 where he completed his reinforcement cycle.

This was Sapper Robinson's second deployment to Afghanistan, having deployed on Operation Slipper in 2007.

His colleagues described him as a superb young man who was fit, happy go lucky and a great team member.  Sapper Robinson was a dedicated and professional soldier whose skill belied his youth.  Those who had the pleasure of meeting him instantly warmed to him and his easy going nature made him popular with his peers and chain of command alike. 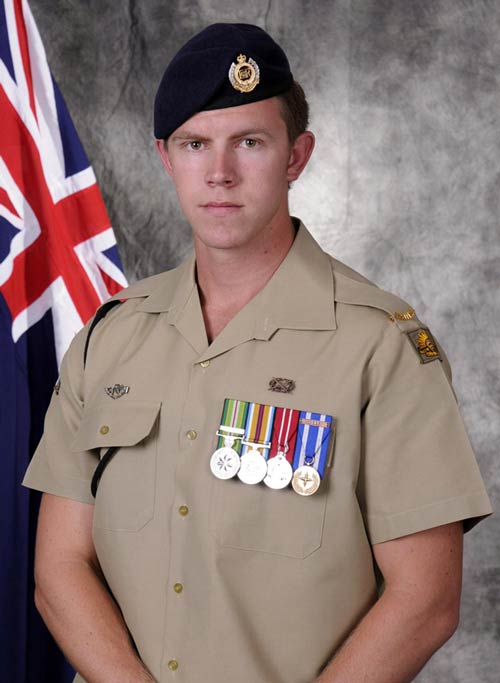