Private Poate is survived by his parents Hugh and Janny, and his sister, Nicola.

Private Poate was born in Canberra, in 1988. He enlisted in the Army in 2009. On completion of his basic and initial employment training, he was posted as a rifleman to 6 RAR. Private Poate was a highly qualified soldier, having completed specialist training as a Protected Mobility Vehicle Driver in 2010 and Protected Mobility Vehicle Commander in 2011.

Private Poate was known for having outstanding leadership potential, which led to him completing a promotion course for Corporal in 2011. He will be fondly remembered by his 'Brothers by Choice' in 6 RAR as a larrikin and an incredibly professional soldier. Private Poate was proud of his family, his military service, his Canberra origins and his red hair which he vehemently defended as being strawberry blonde. 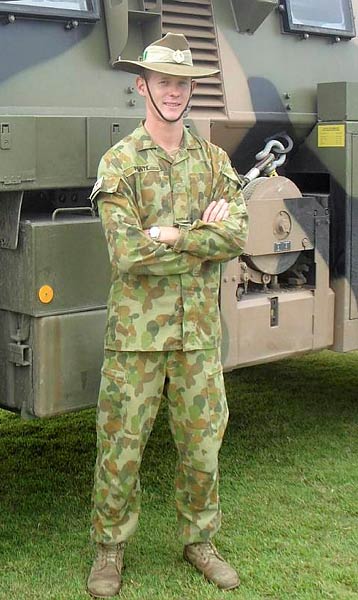