Lance Corporal Milosevic, known as Rick to his family and Milo to his comrades, deployed to Afghanistan with the 3rd Battalion, the Royal Australian Regiment Task Group and was from the 2nd/14th  Light Horse Regiment, Queensland Mounted Infantry (2/14 LHR (QMI)) based in Brisbane, Queensland.

Lance Corporal Milosevic is survived by his wife and their two children.

Lance Corporal Milosevic was born in Penrith, New South Wales, in 1972. He enlisted in the Army in 2008. He was posted as a Cavalryman to the 2/14 LHR (QMI) in Brisbane in 2009 on completion of his basic training and initial employment training. His potential was quickly identified and he achieved outstanding course results in a short period of time; being promoted to Lance Corporal in 2011 and becoming a light armoured vehicle (ASLAV) crew commander. He was a highly-qualified soldier with a strong future.

Lance Corporal Milosevic was a much liked and respected member of the Regiment. His leadership and professional abilities stood out in the unit, on the rugby field and on operations. He was also a devoted family man. He will be sorely missed by his family and comrades. 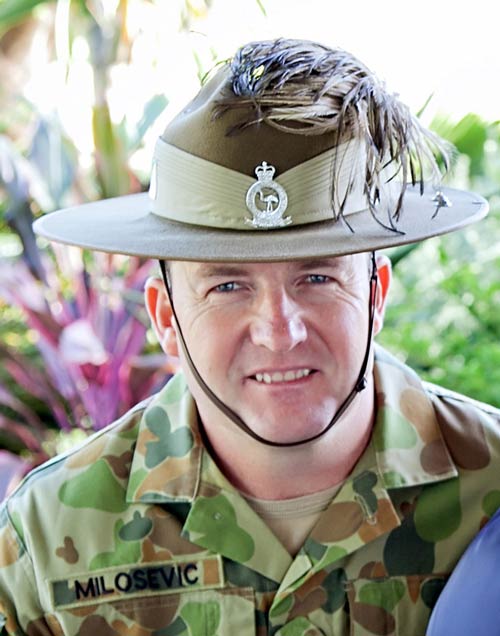