QUAKE was born within the RAAF puppy program and mentored by a RAAF handler until 2011, when he deployed on his first Afghanistan tour in September 2011, replacing another SOMWD that was wounded in action. Quake returned to Australia in December and redeployed for his second tour in February 2012.

Quake was a Belgian Shepherd posted to Special Air Service Regiment (SASR) with a distinguished record of service detecting enemy positions and equipment on operations in Afghanistan. Quake was killed during a mission on June 25. During the mission, he provided early warning of an enemy sentry position. The insurgent engaged Quake at close range with small-arms fire, killing him. Quake's actions saved the lives of his handler and the other members of the patrol who were approaching the position. 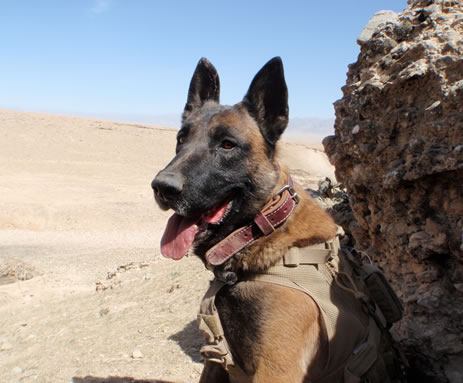