Lieutenant Case was born in Melbourne, Victoria in 1984.  He enlisted in the Active Army Reserves on 25 June 2002 and was posted to 5th/6th Royal Victorian Regiment.

In 2003, he commenced the Commando selection and training process with the 1st Commando Regiment (1Cdo Regt).  He was posted to 1Cdo Regt, which included an operational tour to East Timor in 2007.

On 19 March 2008, Lieutenant Case transferred to the Australian Regular Army, undertaking pilot training at the Army Aviation Training Centre, Oakey.  On 10 December 2009, he was posted to the 6th Aviation Regiment, Sydney.

Lieutenant Case's first deployment was in July 2005, when he deployed as an infantryman to Malaysia with Rifle Company Butterworth.  In January 2011, he was part of the Aviation Battle Group deployed to Queensland to provide assistance as part of the Australian Defence Force flood relief Operation.

Lieutenant Case was keen and motivated, and was excelling as a pilot.  Lieutenant Case lived life to the fullest, taking every opportunity that was given to him and making the most of it.  He was always the go-to-man who was able to get the job done. 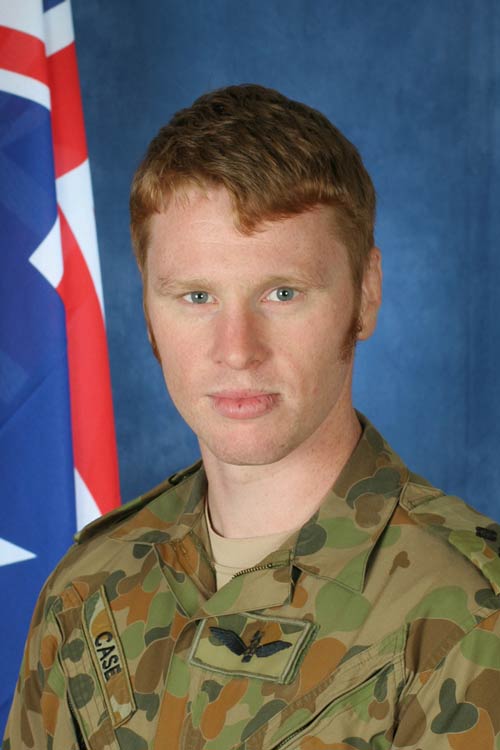