Lance Corporal Gavin was born in Manly, NSW, in 1982. He enlisted in the Army in 2004. On completion of his basic training and initial employment training he was posted as an infantryman to the 2nd Battalion, the Royal Australian Regiment, in Townsville in 2005. He was promoted to Lance Corporal in January 2009. He was a highly-qualified soldier, having completed specialist training as a combat first aider, Pashtu linguist and infantry support weapons operator.

Lance Corporal Gavin was a highly-respected member of the 2nd Battalion.

He was acknowledged by his superiors for his positive attitude and loyalty. His subordinate soldiers were motivated by his professionalism, mateship and outstanding specialist skills. He was also known for being a devoted husband and father. 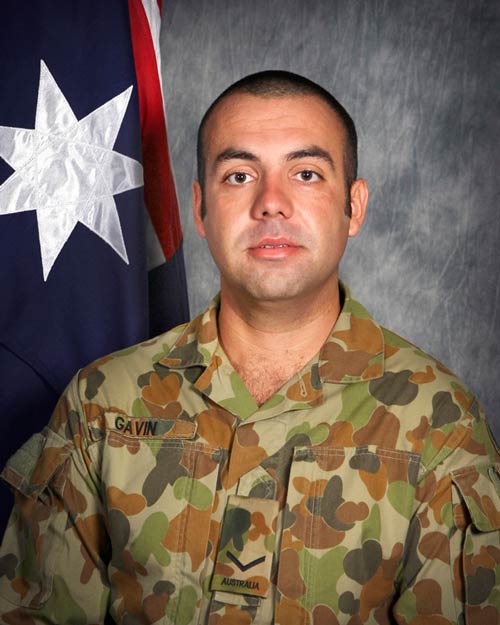