Sapper James Thomas Martin was on his first operational deployment as part of the 3rd Battalion, the Royal Australian Regiment Task Group. He was a Sapper from the Brisbane-based 2nd Combat Engineer Regiment.

Sapper Martin was born in Perth, Western Australia on 1 June 1991. He enlisted into the Australian Regular Army on 24 January 2011 and completed recruit training at the 1st Recruit Training Battalion in Wagga Wagga in April 2011, where he was allocated to the Corps of Royal Australian Engineers.

In May 2011, Sapper Martin attended the School of Military Engineering in Sydney and began his Initial Employment Training as a Combat Engineer. On completion of his Combat Engineer course in August 2011, he was posted to the 2nd Combat Engineer Regiment in Brisbane.

Sapper Martin was an intellectual soldier who was a quick learner and adapted well to the Army environment. He was respected by his mates and was considered a loyal friend and comrade. A musically talented individual, he often played his base guitar for his mates. He was also an avid follower of Aussie Rules. 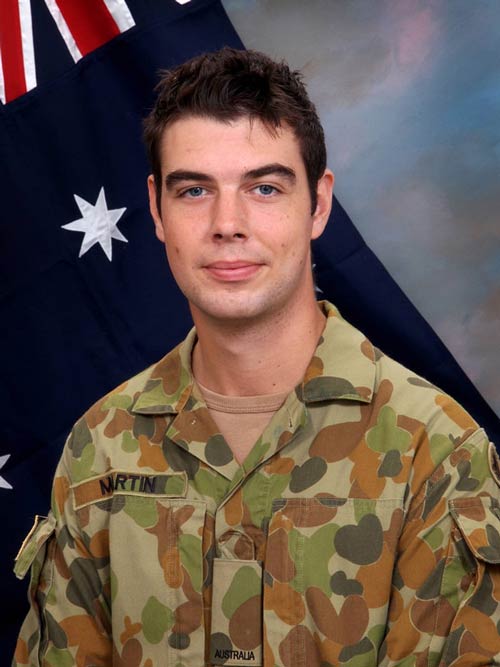