On 27 August, 2006 Fax was born at the RAAF Base Amberley as a part of the Military Working Dog breeding program. He was deployed to Afghanistan with 2 SQN SASR in June 2012 and stayed on for the next SASR SQN on rotation to Afghanistan.

On 6 January 2013 Fax was in support of a counter-leadership mission for an IED facilitator based in the Langar District of Uruzgan Province. He located an insurgent who had taken up a firing position. Fax attacked immediately and apprehended the insurgent, however he received gunshot wounds from the insurgent, seriously wounding him. Fax was treated for his wounds at the scene and taken by medevac helicopter to the Tarin Kowt medical facility. Sadly, Fax was dead on arrival.

There can be no doubt that FAX's actions on 6 January 2013 directly saved the life of both his handler and members of his patrol. It was an excellent example of the courage and determination required of Military Working Dogs. 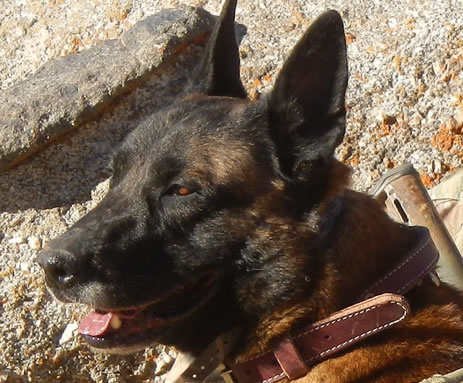