Sapper Smith went on to complete his Combat Engineer suite of courses in 2004 and become part of the Australian Regular Army where he was posted to 1st Combat Engineer Regiment (1CER), Darwin in October 2004. He has completed a number of driver courses up to heavy vehicle and Armoured Personnel Carrier.

While at 1 CER, he successfully completed his Explosive Detection Dog (EDD) Handler course in December 2006.

Darren died as a result of wounds sustained when an improvised explosive device detonated on 7 June, 2010. His explosive detection dog Herbie, a 3-1/2 year old Collie Cross was also killed in the explosion together with his  2CER colleague Sapper Jacob Moerland. 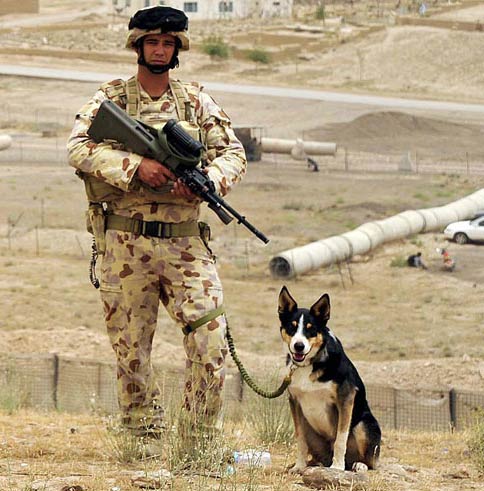