Private Chuck was born in Atherton, Queensland on June 18th 1983. He joined the Army on 11th May, 2004 as part of the Special Forces Direct Recruiting Scheme. On completion of his Commando Selection  Training Course and Reinforcement Cycle, having been awarded 'Top Soldier', he was posted to the then 4th Battalion Royal Australian Regiment (Commando) – now 2nd Commando Regiment.

This was Ben's third tour to Afghanistan and was serving with the SOTG.  Private Chuck was an outstanding Commando who was highly trained and excelled at all he attempted. Private Chuck was the Patrol Medic within his sniper team. He was suited to this role as his affectionate and caring nature drove his passion for helping his mates.

Ben was serving with the Special Operations Task Group  during the final offensive in the Battle of Sha Wali Kot when he tragically lost his life in a helicopter crash, on Monday 21 June 2010. 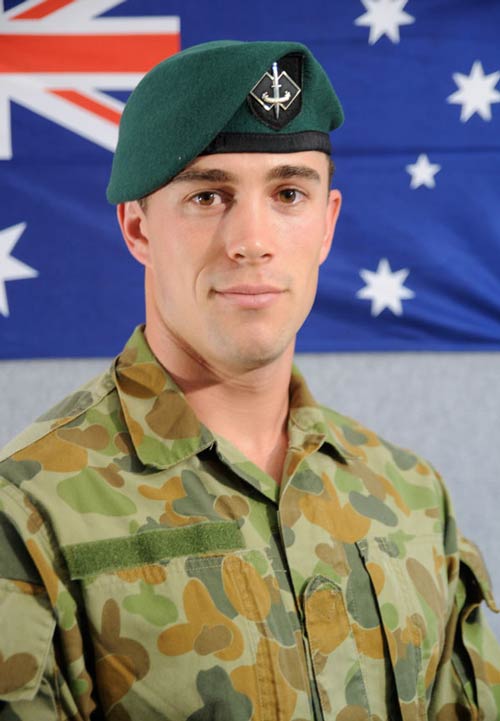