Corporal Ashley Birt was born in Nambour, Queensland in 1989. He enlisted into the Australian Regular Army in June 2007 and was allocated to the Royal Australian Engineers as a Geospatial Technician.

Following his Engineer Initial Employment Training and Specialist Technical Geospatial Basic course in December 2008, he was posted to the 1st Topographical Survey Squadron (1 TOPO SVY SQN) as a Geospatial Technician. He was promoted to Lance Corporal in February 2011 and to Corporal in April 2011.

Corporal Birt was part of Combined Team Uruzgan and is survived by his parents and brother.

His colleagues describe him as being a proud and well-liked soldier of the 1 TOPO SVY SQN. He maintained a very high level of physical fitness and played hockey at the highest levels. Due to his natural leadership style, maturity, hard work ethic and dedication to his specialist trade, he was quickly promoted through the ranks.

He was a great mate to his many colleagues and well liked by all. He was a larrikin and someone who was always smiling. His mates remember him as a great bloke, a distinguished sportsman and an excellent soldier. He will not be forgotten and will always remain a part of the sapper family. 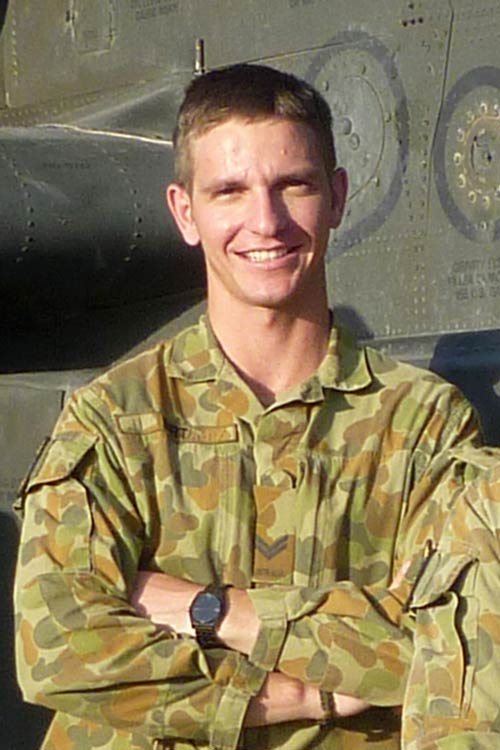