Lance Corporal Jones was born in Melbourne, Victoria in 1986. He joined the Army in 2004. After recruit training, he completed his initial employment training as a cook and was posted to the Catering Platoon of the 1st Battalion, The Royal Australian Regiment. He was posted to the 9th Force Support Battalion in 2008.

Lance Corporal Jones' first operational deployment was to East Timor in 2008. His second, to Afghanistan, commenced in November 2010.

Lance Corporal Jones was a loyal, reliable and trustworthy soldier who was dedicated to serving his country. He was a team player who loved his job. He had a quiet personality but enjoyed a joke with his mates.

He was a skilled cook who was the first to volunteer to go on the road or on exercise. In 2010, he was promoted to Lance Corporal upon completing his Junior Leader Course. He was killed during operations in Afghanistan on 30 May 2011. 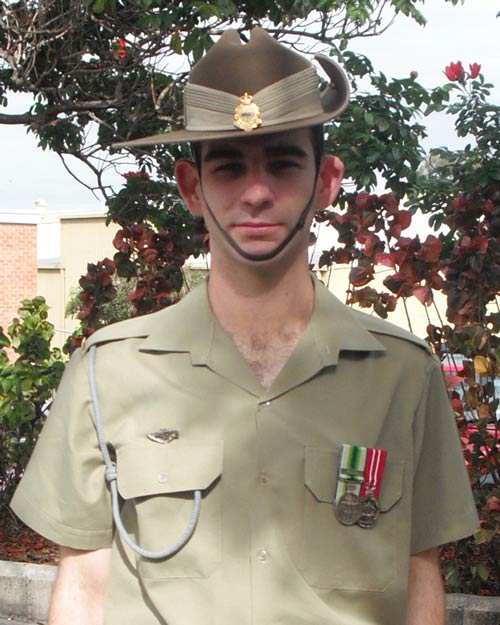